Mindy Hayes had to be careful when she brought the rabbit to her home in Erie, Pennsylvania with her dogs, so she introduced them slowly. But it quickly became clear that this would not be a problem for his two-year-old rescue pit bull named Grace.

It was an instant bond and connection for Grace and Sophie, the rabbit. Wherever one went, the other would not be far away. They were inseparable. The dog even started grooming and snuggling on the couch every day! 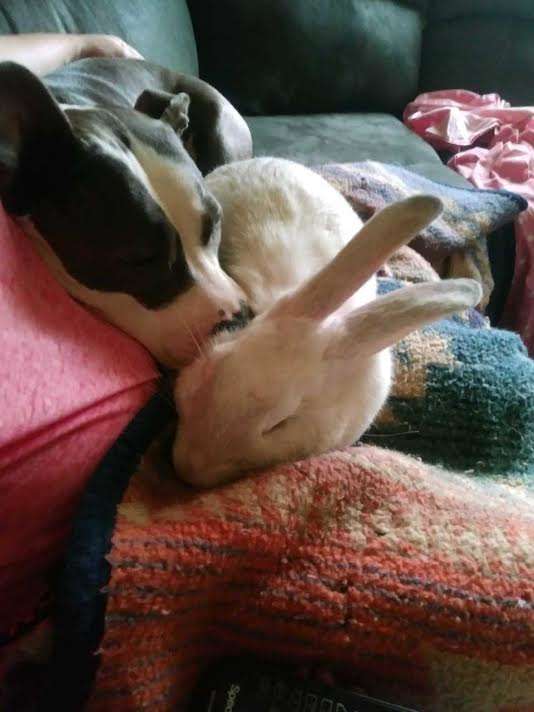 Although Sophie is quite large, she is only 11 months old and still has a lot to do. Adult Flemish Giant Rabbits can weigh up to 15-20 pounds! When he stretches and lies next to Grace, they don’t look all that different in size. 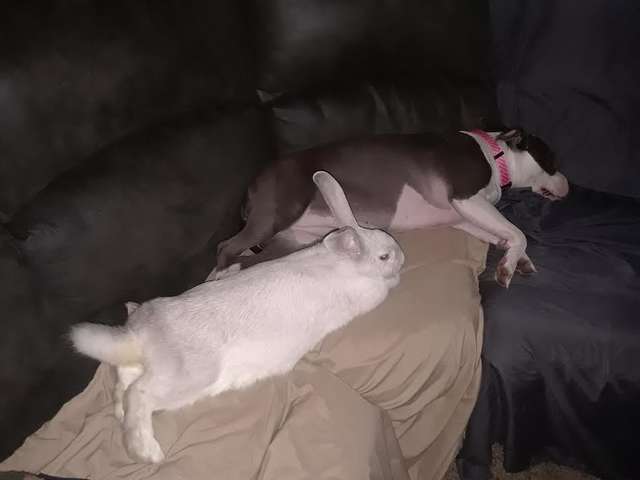 This unique friendship is natural in their home right now, but people outside are always surprised to find that they are such good friends. Moreover, Grace is a pitbull who came from a background of dogfighting. 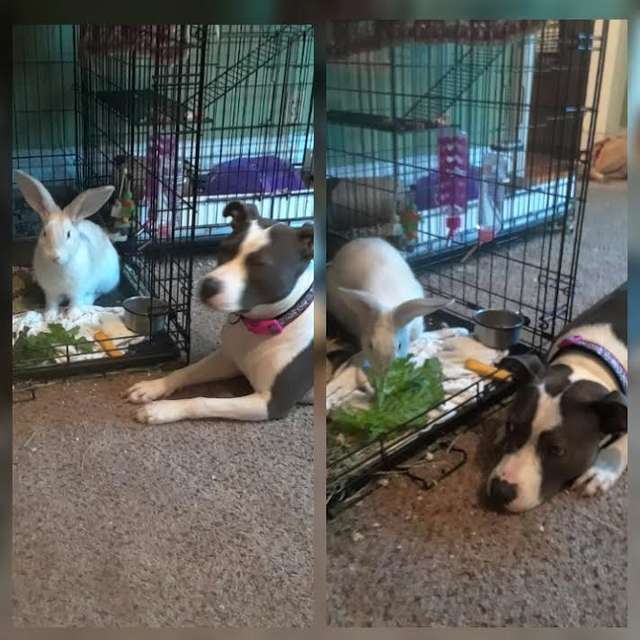 “Grace had a very rough start to life,” Mindy told The Dodo. “Before she was rescued she had been used for fighting and then was tied up to a tree, left to fend for herself. Knowing where she came from and to see her be so loving to everyone, especially to a rabbit, is really spreading awareness to who these dogs really are. They are not bad dogs. She wants to be friends with everyone she meets.” 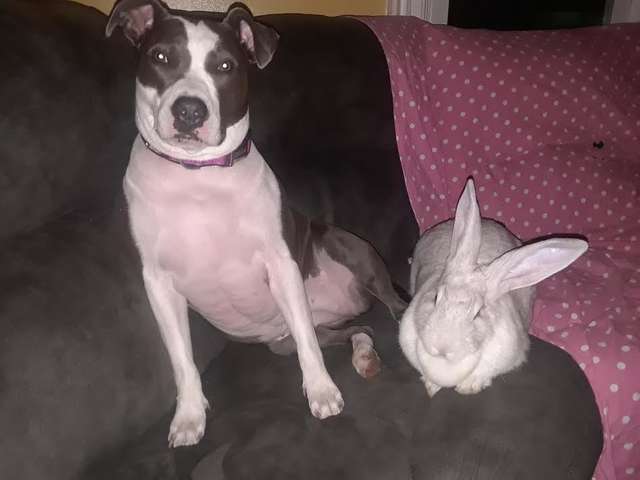 Mindy and her husband are very lucky to have such a special relationship in their lives. This is what brings smiles to their faces every day and reminds them that love is not limited by species.